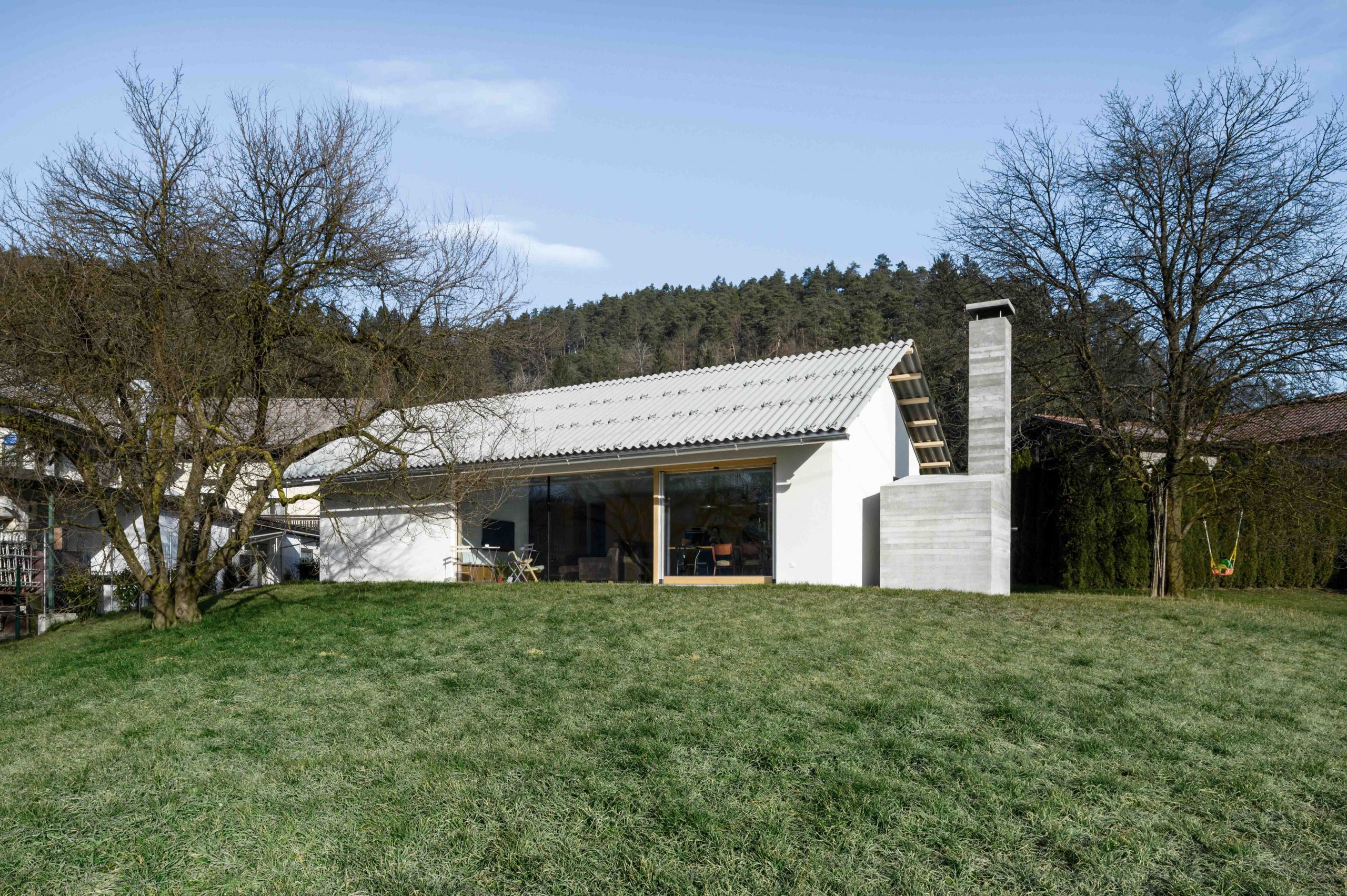 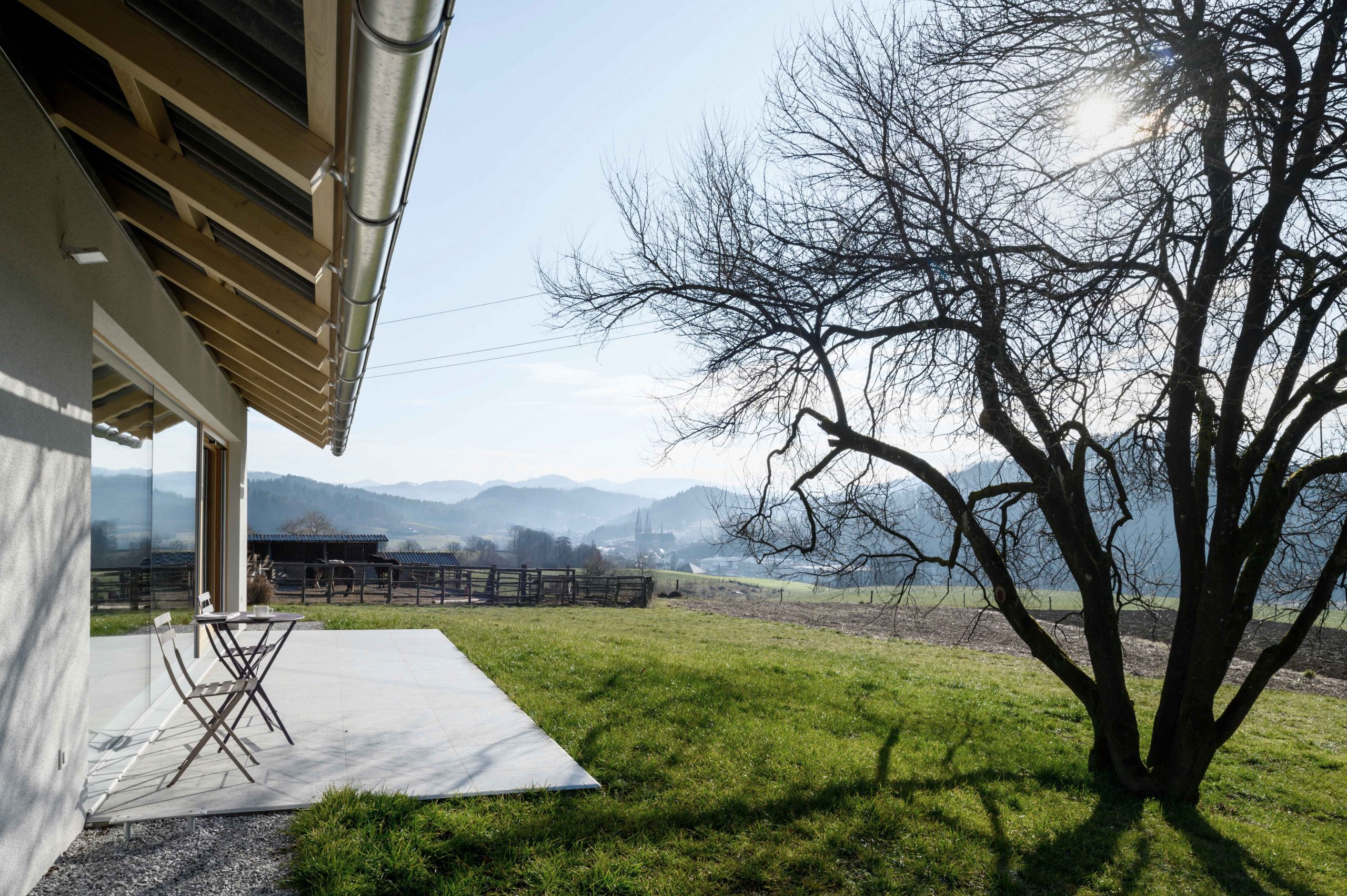 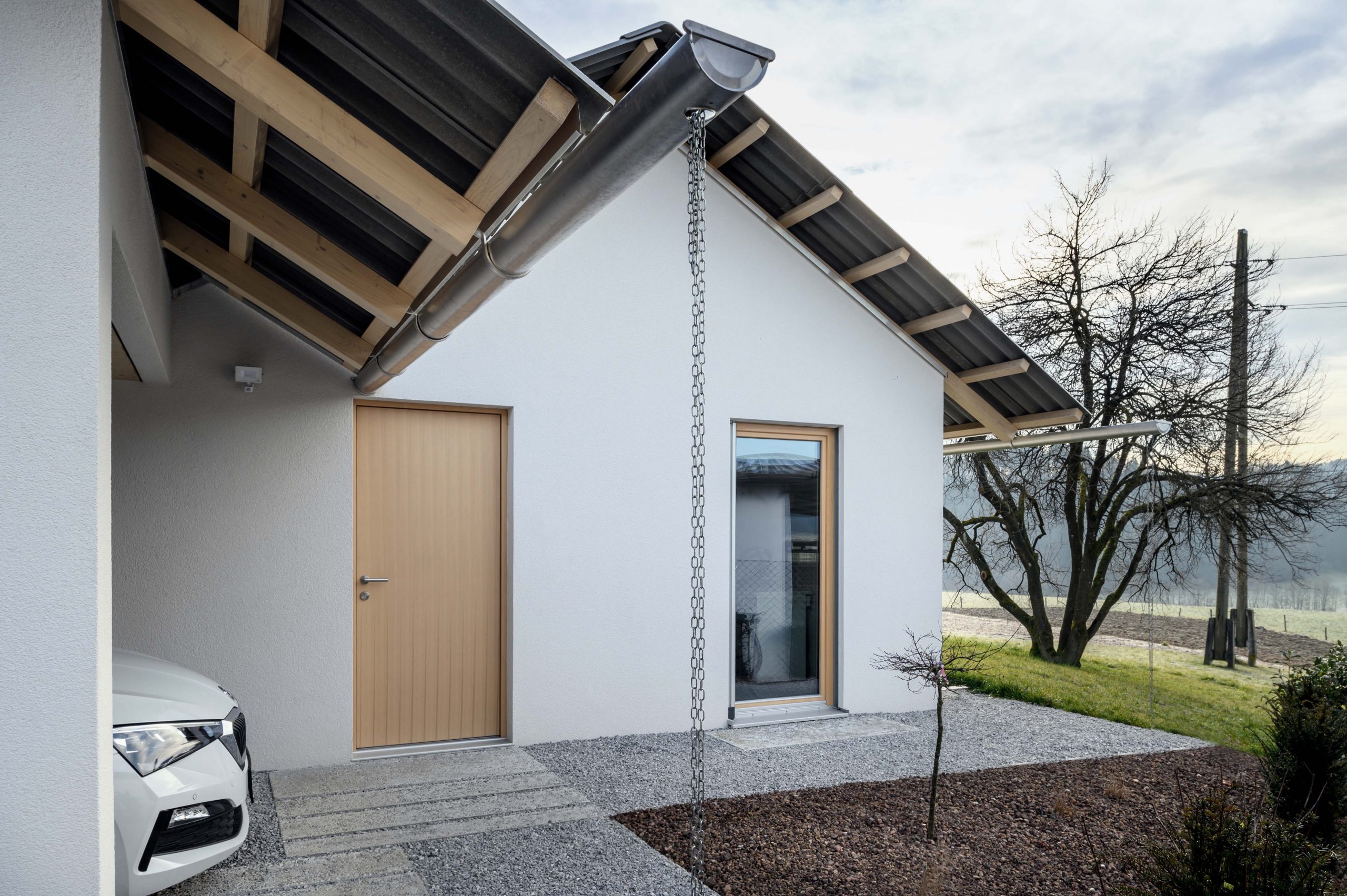 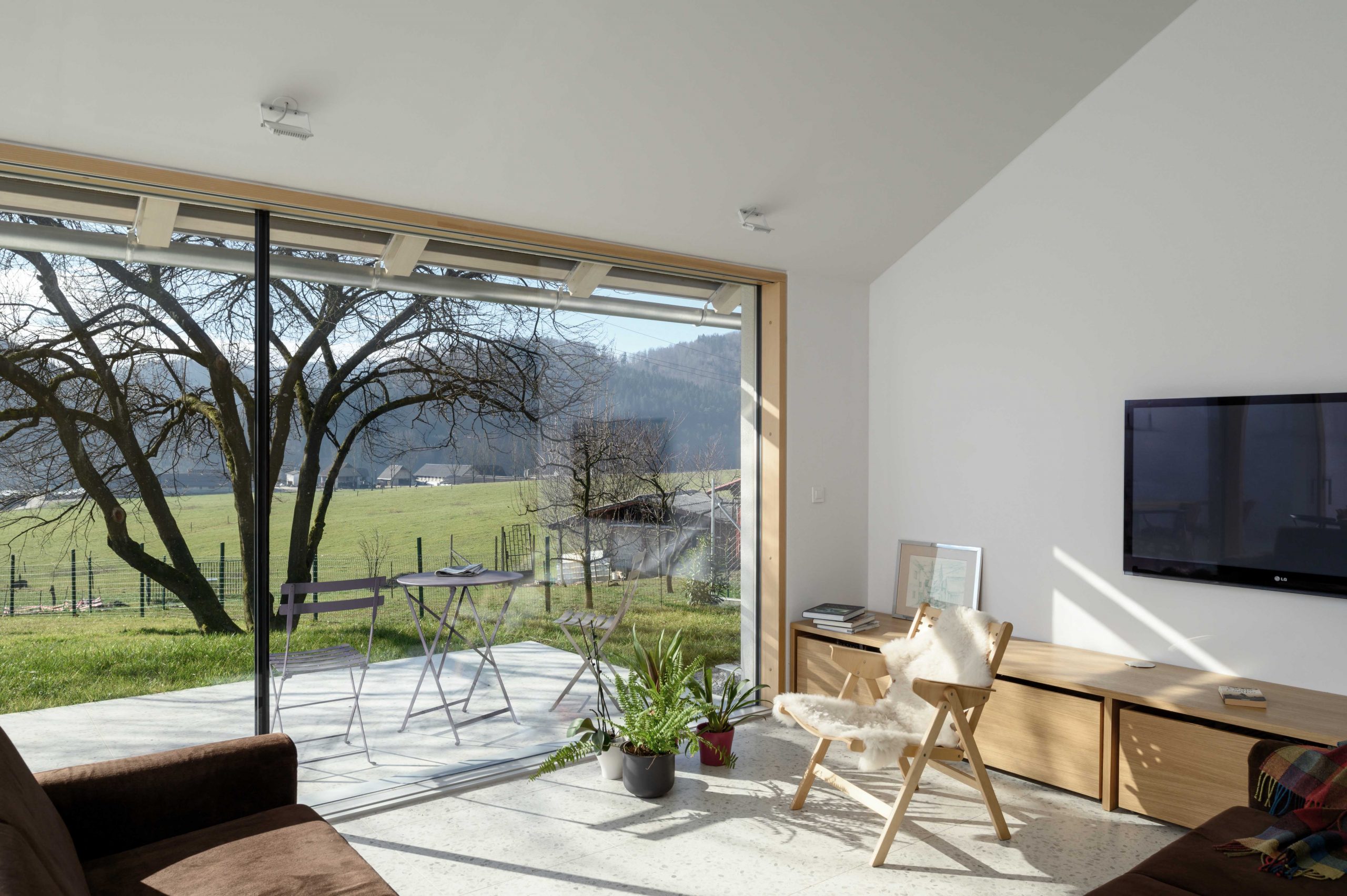 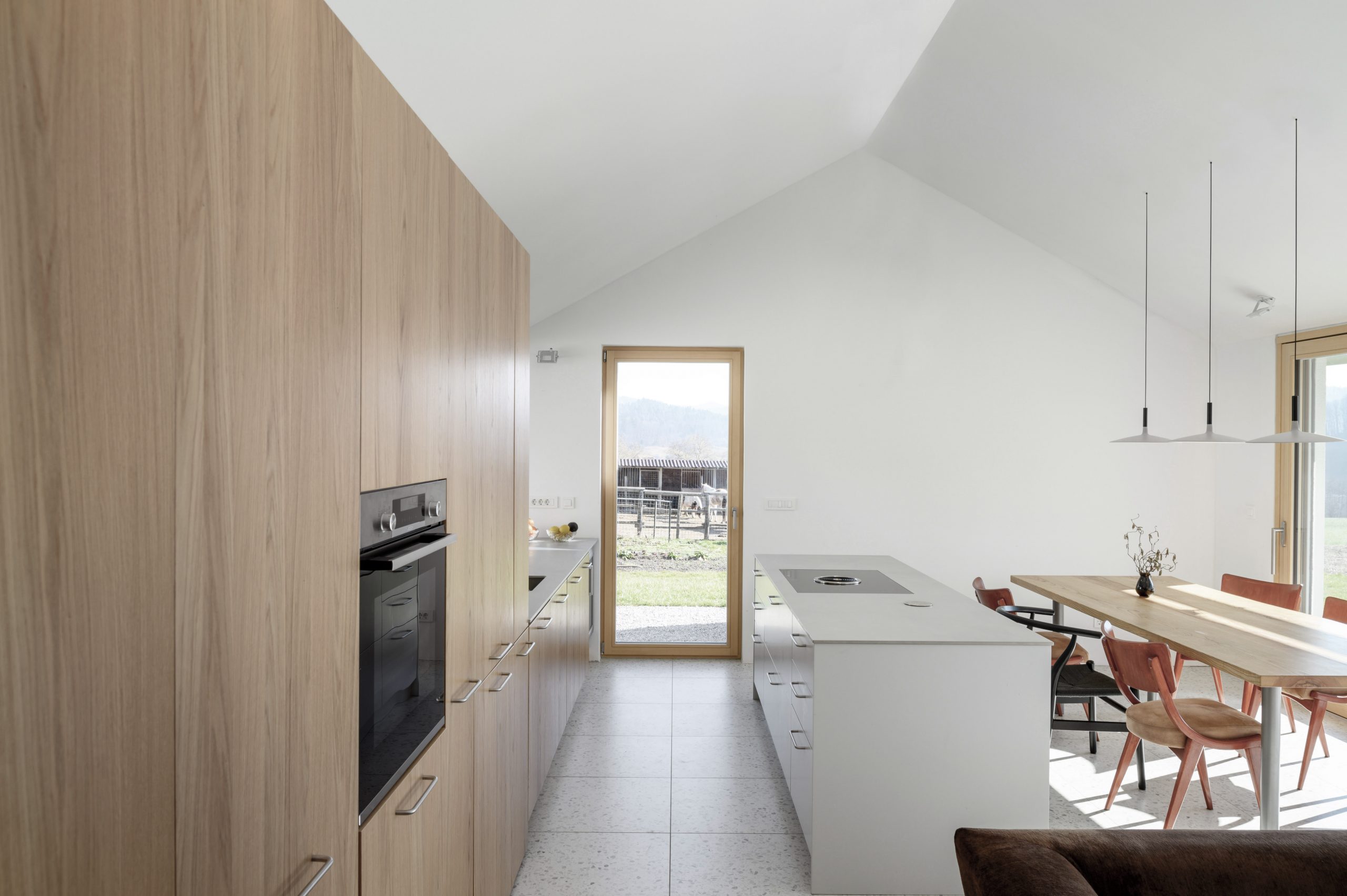 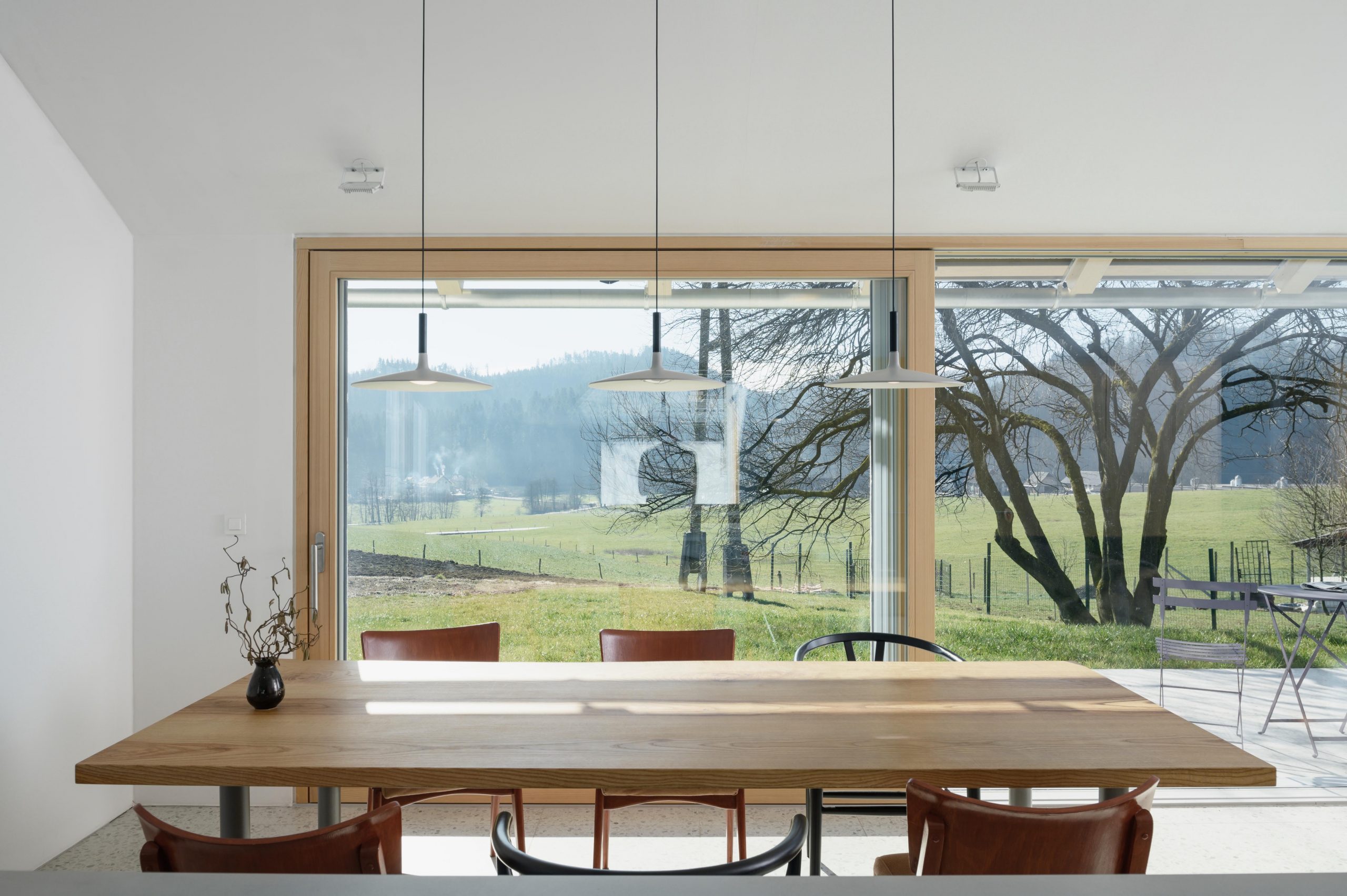 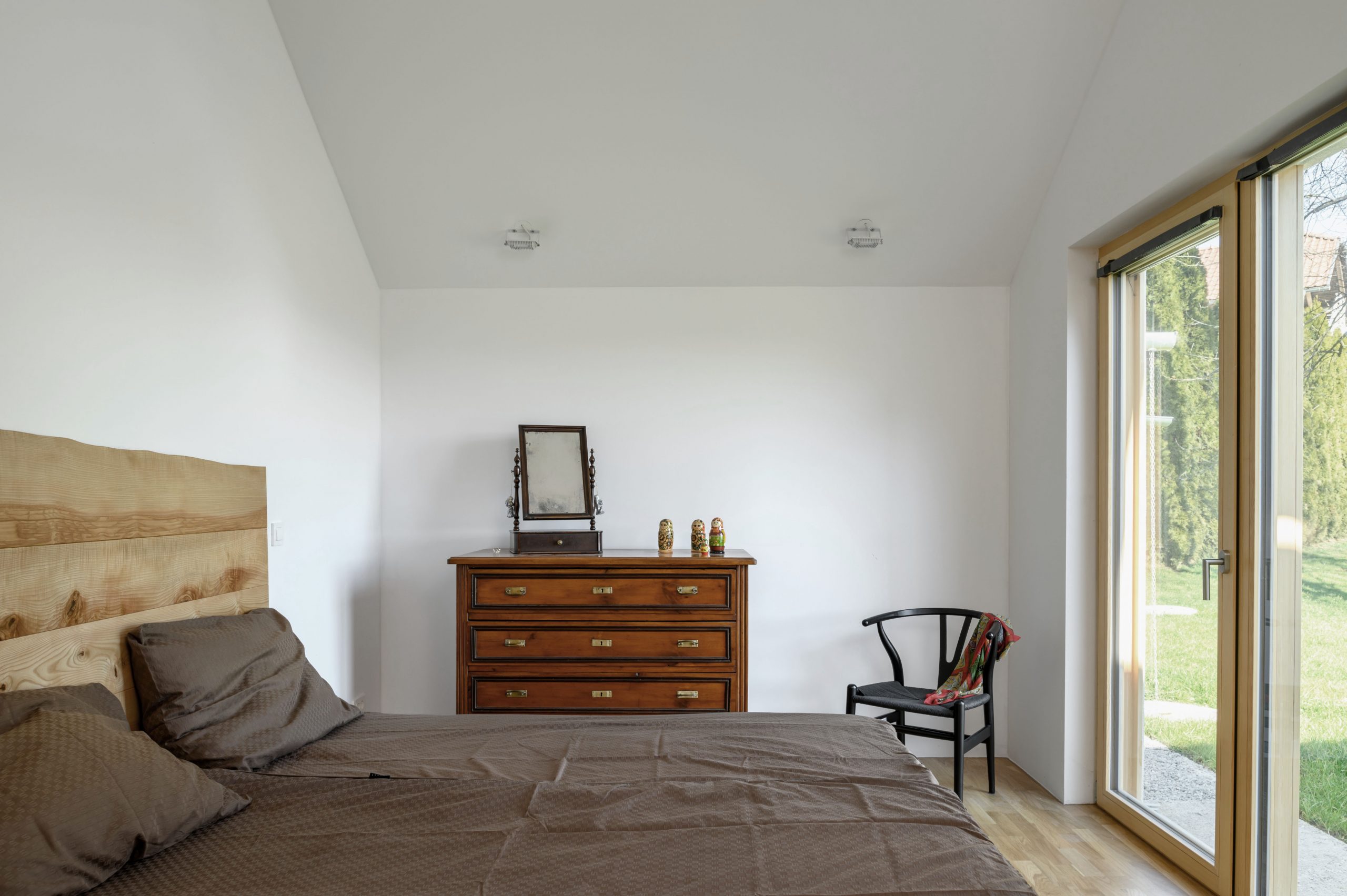 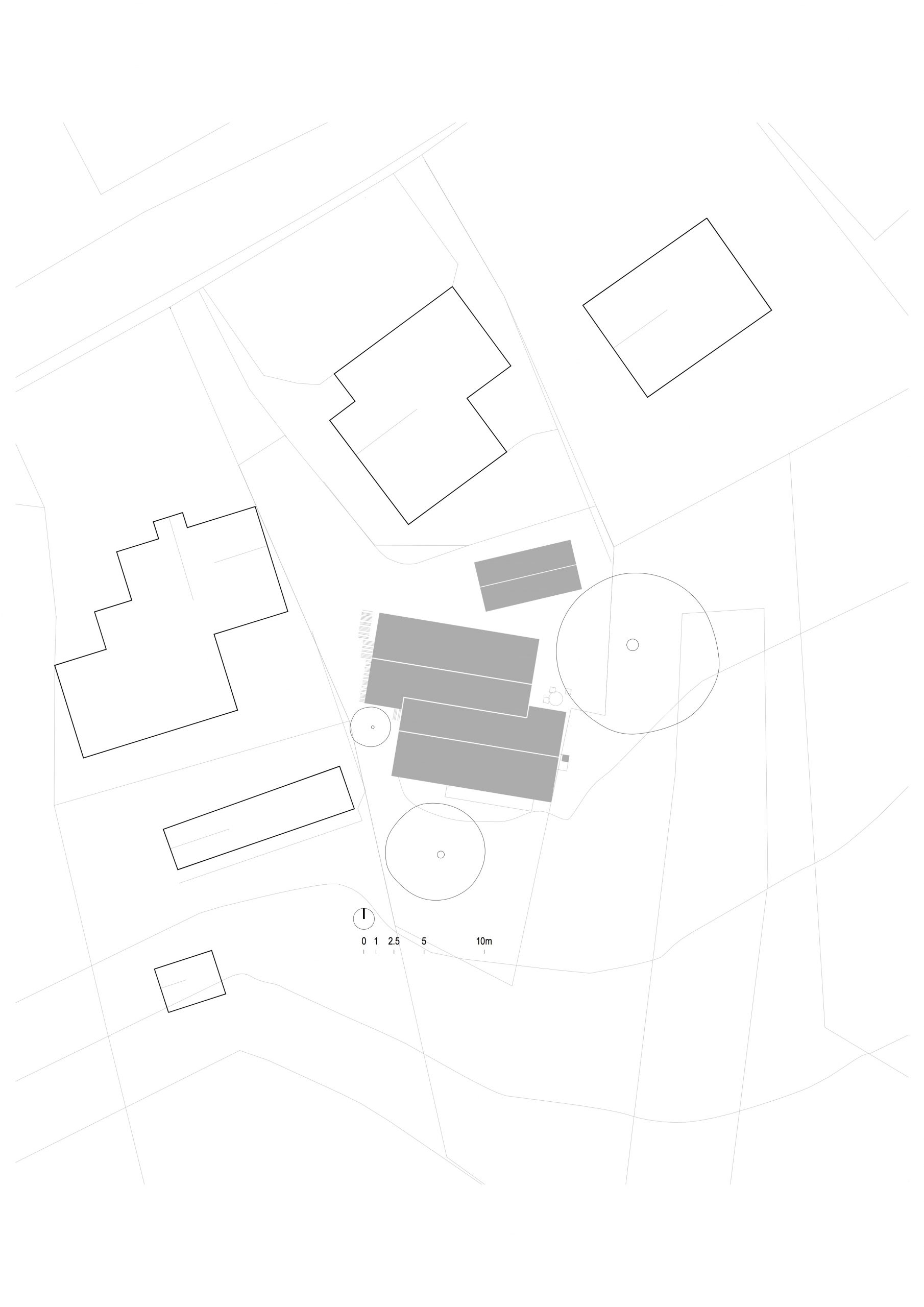 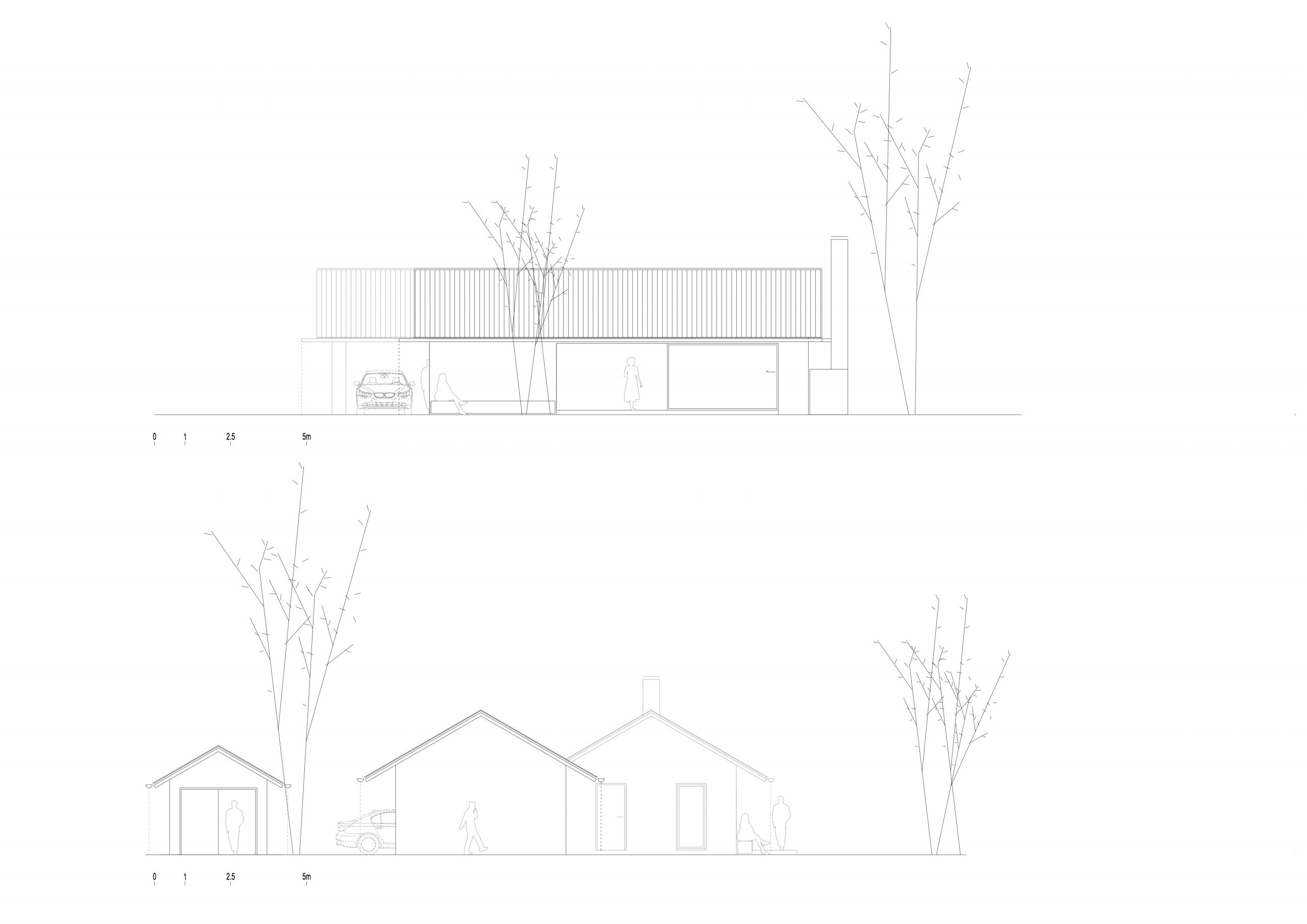 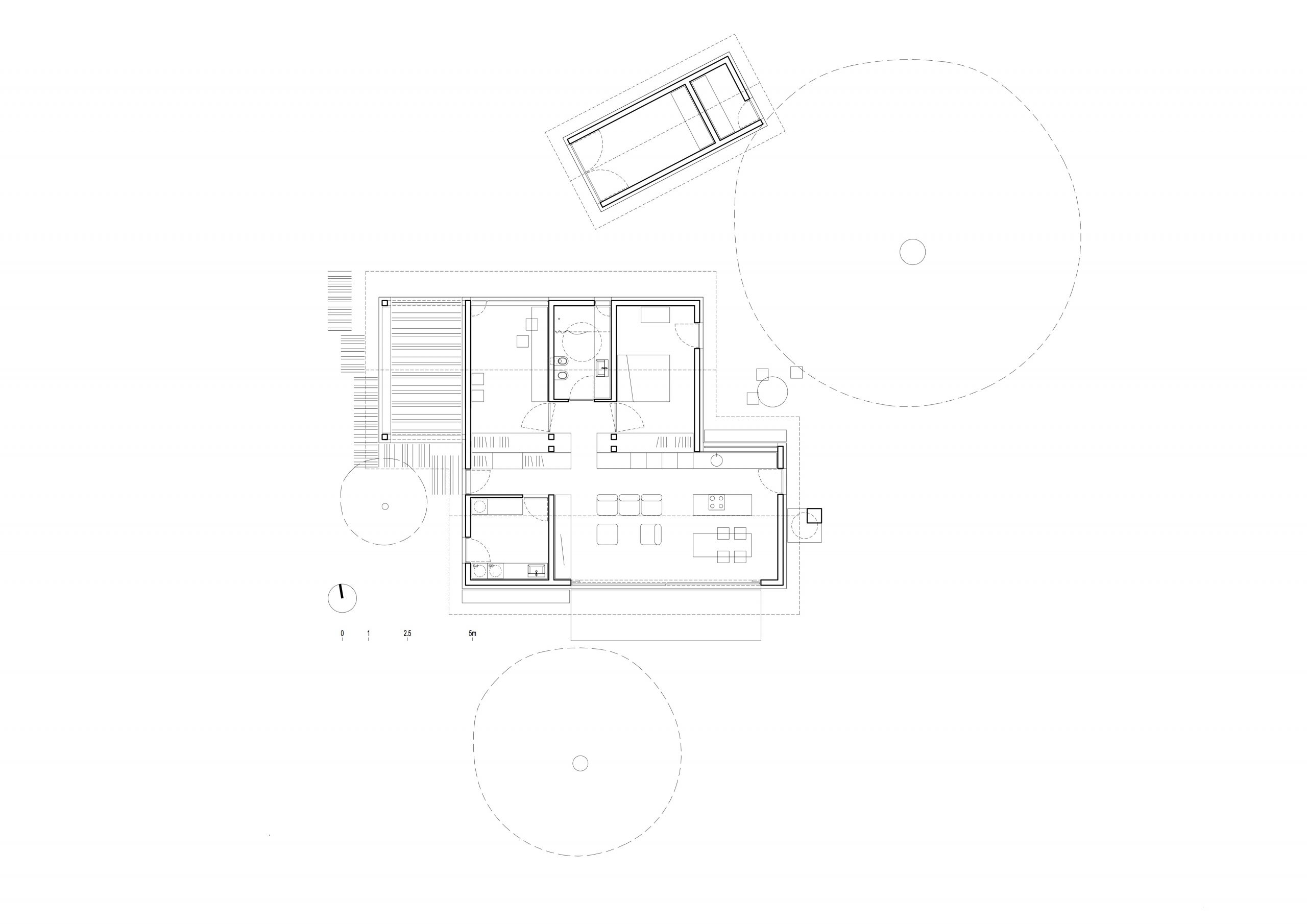 The house is intended for a couple near Litija, who are on the threshold of a third life span and who have courageously decided to sell the old oversized family house and build a new ground floor house on the more beautiful southern part of the plot.

Since the new location is only being built in a narrow, unfavorable triangular area, the spatial composition consists of a larger, lively main building consisting of two louvers slightly offset lengthwise and a smaller separate garden shed. The luxury is not concentrated on expensive materials, but on well thought-out details and quality of life by opening the house to the south, with a beautiful view of the surrounding hills and Šmartno near Litija in the distance and a view of the existing trees. With the back, the house faces a building block near the access road and the old building.

The house is built in a prefabricated timber frame construction and clad with gray fiber cement corrugations. This choice also dictated the choice of other materials, which should follow easy maintenance, simple, unobtrusive appearance and affordability. The outer roof construction remains visible without being abandoned, giving the building the character of a garden pavilion, so that the roof flies over the basic volume.

To the east, a former pizza oven was located, which the owner built and used years ago and insisted on its preservation and inclusion in the new design. The newly built, visible concrete structure with its monumentality gives the vertical sculptural center of gravity a relatively horizontal design, while all the memories of the gatherings at the former oven are preserved and passed on to new generations.

Together with our client, we wanted to make living in the house as simple as possible, so we equipped the interior with retained recessed furniture and complemented it with selected old pieces of equipment and some chairs from the owners. This is how the interior of the house was created, filled with light and character of the clients.